skip to main | skip to sidebar

Heather gave birth to a bouncin' baby boy on 2/19/2008. We are so thrilled. The little guy already has his own web page, so you can check out all the hoopla, pictures, etc. of little baby Floyd right here: http://www.johngreene.org/baby.html

Here's one pic of the little peapod gettin' a few rays through his co-sleeper: 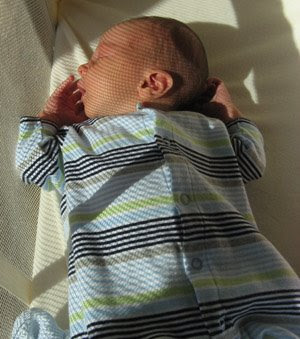 I guess I win the award to the most delinquent blog of them all. Oh well, better late than never.

Most people reading this blog know that I'm the Community and Support VP at Doppelganger - http://www.doppelganger.com

There's also a very active user community on our forums and all kinds of events on the event calendar.

Also, I host a weekly virtual radio show in vSide called "The Time Machine" -- every Thursday night at 7:00pm PT / 10:00pm ET. My cohort, Uncle Bruce and I, play all kinds of old school stuff for the kids. Most of 'em have no clue what we're playing. To attend, you must download the vSide client, join the NewVenezia server and come to the basketball court. You can get there by typing: /tele ringo when you connect to NewVenezia.

Look for more updates to the world throughout the year. See ya on the vSide!


Thoughts on the Music and the Band

First of all, you have to understand that I am very analytical when it comes to shows like this. I hadn't seen Trey since Phish broke up, and the only Trey music I'd heard this year was the very first show of 2005 from Burlington, VT which I didn't think was all that great. Therefore, I went in with pretty much no expectations.

All in all, I was pleased with the show. We had great seats -- very low on the balcony and the sound was pretty good. Trey's vocals were muddy at times, but upstairs at The Warfield can be like that. One bummer was that we were so far left that we really couldn't see Jen and Christina (who were toward the back of the stage, stage right.)

Musically, there were some great groovy moments, and overall Trey seemed to be enjoying himself. The new rhythm section (bass/drums) was very tight and funky, and the second guitar gave Trey some space to jam out while still having an additional rhythm layer. At the same time there were some sleepy moments where Heather and I were sitting down, talking quietly, wondering what the hell Trey was thinking. :) Maybe it will grow on me, but I just don't understand "Shine." There just doesn't seem to be much to it.

Also, I can't stop wondering if Trey is on something. At one point when he was talking to the audience, he couldn't stop playing with his arms and his sleeves... that is, he was very touchy feely (with himself!) -- I really have no idea... maybe this is just who he is now... I haven't talked to him since The Lemonwheel, so what the eff do I really know? But it seemed like he was on some kind of ecstasy-type drug.

On the humorous front, Trey butchered the Bitch lyrics pretty bad, and this was even with the lyrics sheet in front of him. Right before the tune started, he waved someone over and asked for something... within seconds, the roadie put a sheet of paper down on the floor -- didn't help :)

The acoustic section was great... I wished it was longer, but Loving Cup was a nice treat. Someone threw a cup at him while he was doing one of the acoustic tunes (Waves?) and he totally went off on him. He started yelling about how fucked up it was that people throw shit at him -- apparently it's happened a lot this tour. At the culmination of his tirade he screamed "FUCK YOU" to the guy, and the crowd went absolutely nuts. After the acoustic section he went up to the front of the stage and talked briefly to some people in the front row (presumably the cup thrower). Wacky.

The Mickey/Billy appearance was really fun. When the first few notes of Goin Down The Road started, I got REALLY excited. All of these tunes had good energy and were fun to see/hear, but they were plagued with musical blunders... again, call me Mr. Analytical, but how much can a song groove when the bass player doesn't know it!? This guy was reading a chart for Eyes, and he still couldn't follow along. The jam before the second verse was cut short because he didn't know to alternate between E and Bm, and he basically didn't play during the entire second verse. On the one hand, it astounds me that Trey would employ a bass player who has never heard "Eyes Of the World," but on the other hand, I guess it makes sense: Trey wants a rhythm section that could play with Herbie Hancock -- these guys could probably pull that off. Phil couldn't and Mike (Gordon) probably couldn't either.

Casey Jones was a little better. The bass player stood next to the other guitarist and learned the song (on the fly) by reading the fret board. Trey's vocals and soloing were great on this tune, but again, having some of the band members not comfortable with the tune was a slighter downer. e.g. at the end of Casey, when the chorus keeps repeating, there's a Bb inserted before the F which really adds some power. Trey was doing that, but the bass player couldn't pick it up, so it sounded messy.

During the opening band, Heather and I hung out with a group of younger heads. These kids were around 20 and 21. It was so interesting to me talking to these kids... they never got to see Phish (let alone the Dead)... they were looking for drugs I had never even heard of. Made me think back to when I was 20. In 1991, I saw 18 Dead shows and 18 Phish shows. It was probably the best single concert year of my life. And like these kids, drugs were part of the equation: shrooms, acid, whatever. Not every show, but certainly a few. These kids didn't have a care in the world and they were so psyched just to be seeing Trey. Fascinating how different life is at age 20 vs. age 35 :)

Heather went up to find her seat, while I stayed down on the main level chatting with these heads. When I went upstairs, I bumped into someone in the balcony lobby I couldn't believe was there. I had to do a triple take, but yes, it was Adam Bosworth. Some computer types are Phish heads, but I couldn't believe Adam was one of them -- if he were, I'm sure we would have connected on the musical level during our overlap at BEA. He was with a small group of folks who looked like old school deadheads. Some of them had been seeing Phish since Phish's first or second tour in California. Turns out this was indeed Adam's first Phish/Trey experience. I'm very curious what he thought of the show and how much of it he actually remembered. :) Care to comment, Adam?

Lastly, a couple sections to our right, Chris Kuroda was doing the lights. For the first time in years, I couldn't bust his balls about the Eagles beating up on the G-men. It's always good to re-connect with folks from the early days. Chris did a great job and seemed to be having fun -- especially on the dead tunes.
Posted by jg at 10:44 AM 5 comments:

The last 3 or 4 years of my life have been one big shoulda-woulda-coulda -- well, with respect to financial decisions, that is. Sure I shoulda sold BEAS in 2001 and bought that condo on Stanyan and Beulah, but life goes on and it could be a lot worse. The rest of my life has been pretty darn groovy.

Annnyhoooo, right before my bike trip (see previous blog post) I decided to go short on some "housing bubble" stocks: the home builders, the lenders, etc. This was my first time shorting, so I didn't risk very much, but every little bit counts, right? And one day housing prices will actually come down and I'll need to buy, so I'm trying to save all I can.

My original plan was to stay short on these for the duration (i.e. through the bubble deflation.) This morning though, at around 7:20a PT, while I was drinking my coffee, checking email, and reading the Philly Sport section, on a whim, I decided to cover five stocks. I really don't know why I did it. I guess there had been so many down days recently, and again the market was down (though moving up a little bit.) I was looking at an average of about 20% return on these investments if I covered, so I bought back my KBH, TOL, LEN, and LEND (I'm still short on FNM and my DSL). Oh, I also covered my XMSR which moved from 37 to 30 over the last 2 weeks or so, but I used this morning's dip load up on SIRI. (going long)

Later in the day, I saw that the entire housing sector had been downgraded, and I figured I'd made a mistake. But what's done is done -- shoulda-woulda-coulda.

Then suddenly, for no apparent reason, the market (housing stocks included) went bonkers. Look at these intradays: 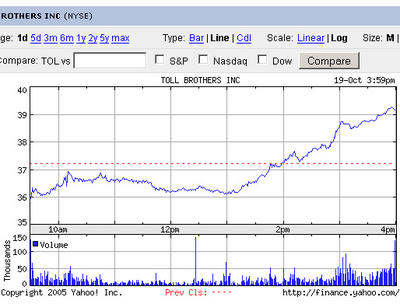 Why? Who knows... but for once in my life, I actually timed the market pretty well. Now of course, the question is, when to go short again? Oh yeah, these pigs are going down -- there's no doubt in my mind -- just look at how far off the yearly highs some of these stocks are -- but you gotta play the bounces, right? So we'll see what happens tomorrow and then roll the dice again. Six months from now, when FNM is at 25 and KBH is at 50, I don't wanna say shoulda-woulda-coulda, you know?

What stocks will I be shorting in the near future? I'd say
any of these are good candidates. 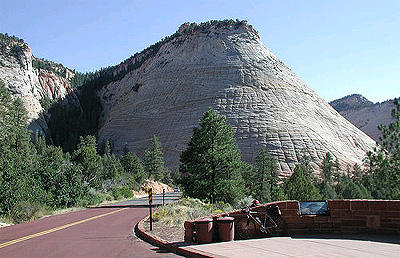 Trip report has been completed and is posted here:
http://www.johngreene.org/backroads/
Posted by jg at 7:37 PM 1 comment: